Fix Your Feet With Stretching & Support

Let’s talk about feet! I just had a super cool appointment with Dr. Ray McClanahan at NW Foot & Ankle – a leading natural-movement focused podiatrist and a really awesome guy (in case you don’t know who he is, he’s also the inventor of CorrectToes, one of the best toe spreader devices – he shares a lot of great info on the CorrectToes site so definitely check it out if you’re working on foot stuff).

As a fellow foot fan, I was more than a little star struck during our appointment and it was SO interesting hearing him talk about feet and footwear.

Ray has seen a LOT of feet and then adds medical training and 20 years of naturally-focused work on his own feet, so it was really next-level. He just kept dropping knowledge bombs, and he gave me a lot of clarity about my personal path forward.

He also said that my feet are in great shape – strong, mobile and with good arches. So that was probably worth the appointment right there – this stuff WORKS, people!! I love being validated!

But, I definitely have something funny going on – probably the result of my hypermobile ankles but there’s some imaging to do before we can confirm a treatment direction.

In the meantime, he’s got me working double time to rebalance the muscles on the tops and the bottoms of my feet. Interestingly, the exercise he gave me is a) one I already know, and b) one you should probably be doing too. But it’s not just about the exercise – there’s some background and support you should consider as well. Get ready to FIX YOUR FEET! 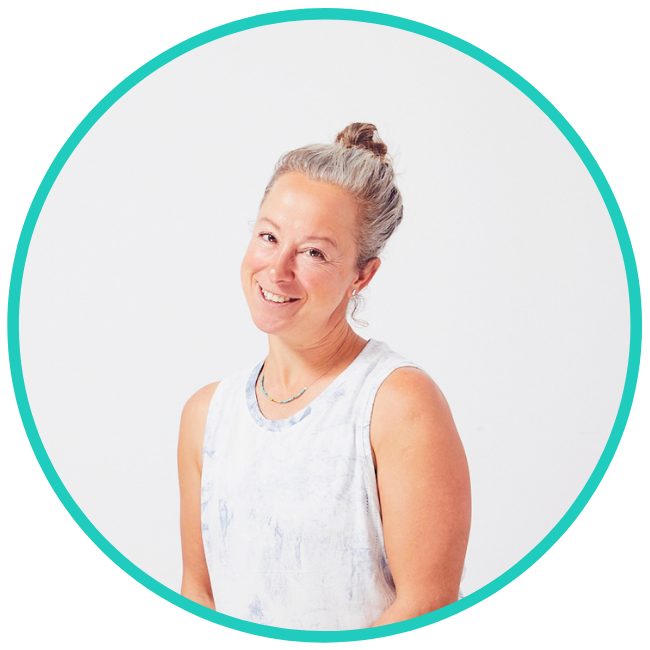 Hi! I’m Petra! I’ve transformed my body and my life with better movement, and now it’s my passion to share this amazing work with anyone who wants permanent natural solutions to body pain and who wants to keep doing all the things they love every day of their life!

Build a strong foundation for better movement by starting with your feet!

I want to Free My Feet

There are a lot of ways that modern shoes mess up our feet.

Today I’m going to focus on the deadly combination of a raised heel with toe spring.

Lifted heels and raised toes means the extensor tissues on the tops of our feet are TOO SHORT (on a semi-permanent basis). This leaves our toes constantly held lifted.

Meanwhile the undersides of our feet are TOO LONG so they are weak and overstretched.

This contributes to many modern foot issues, including:

Are your feet unbalanced?

What’s cool is that it’s really easy to see the imbalance, visually. It looks like a slight acute angle between the toes and the rest of the foot – as though the tightness on the top of the foot is lifting the toes. Because – haha – it is!

Can you see how my toes don’t continue straight from the foot bones but angle up? That’s the tension I’m talking about. You can check your feet out as well and see if yours do something similar. The best exercise to re-balance your feet

Were your toe extensors tight?

If so, you’ll want to get the top and the bottom tissues back into balance.

This can take a few years, so be patient – Ray told me that my feet will likely need another 1-2 years.

The good news is that the Top Of The Foot Stretch, aka the Toe Extensor Stretch, is easy to fit into daily life and feels really great. Ray recommends 3-4x daily, 30 secs – 1 minute. I’m going to go a step further and recommend 2 minutes a time – recent findings suggest that tissues need this amount of time to create change from a passive stretch.

Here’s the stretch – a seated version and a standing one. You can also spend time kneeling with your toes pointed straight behind you if you want to work on this more as part of your daily life.

If you feel cramping, don’t worry about it – it’s just a sign that you’re getting into tissues that don’t get got very much. Take a break if you need to but stay in it if you can for faster change.

Since it takes so long to restore foot tissues, it may be worth giving your feet some extra support along the way.

Metatarsal pads lift your foot bones which puts the forefoot into a more functional and less painful place. I used them successfully to deal with my capsulitis pain over the winter, and one of my burning questions for Ray was whether I needed to continue using them.

The answer was yes – I should keep using them until my feet are balanced out.

Metatarsal pads are a type of orthotic, and I don’t recommend using any orthotic forever – but as a way to ease your transition to natural foot health, they can be a really useful tool.If you’ve been told that your fat pad has moved, or if you’re experiencing pain on the bottom of your forefoot, you might find them a great help. Or if your toe extensors looked pretty tight when you checked them out above.

What I love is this: when your toes no longer rest at that upward angle and there’s no upper foot tension, you know you’re ready to quit using the metatarsal pads. Super simple!

Here’s a video where Ray explains how to use metatarsal pads.

Taking care of your feet pays off

One of the interesting things Ray mentioned in passing is that only around 10% of people actually do their foot exercises.

That’s been my impression too – many of us struggle with actually doing these things even when we know they’ll help.

It’s true that you’ll have to spend time and money to restore your natural foot function. But it’s also true that the orthotics/surgery route is painful, expensive, time consuming and not necessarily very helpful. I know which one I am choosing!

The top of the foot stretch I’m sharing today is definitely on my daily rotation now for as long as I need it!

If you want more awesome, natural foot-healing, make sure you’ve picked up my free Free Your Feet program. It’s packed with great exercises and suggestions to get your feet back on track so you can move better and live better!

Get tips, news, updates from our travels and lots of free goodies!

Petra is a movement educator and personal trainer with a passion for helping people find greater ease, joy and health in their bodies. She believes that better movement can help every body – and she’s always happy to chat about it. When she’s not teaching, you’ll probably find her hanging out on a set of monkey bars. 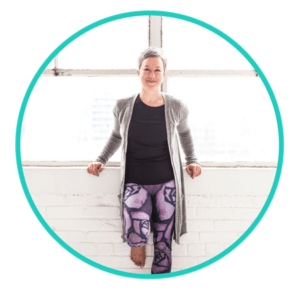